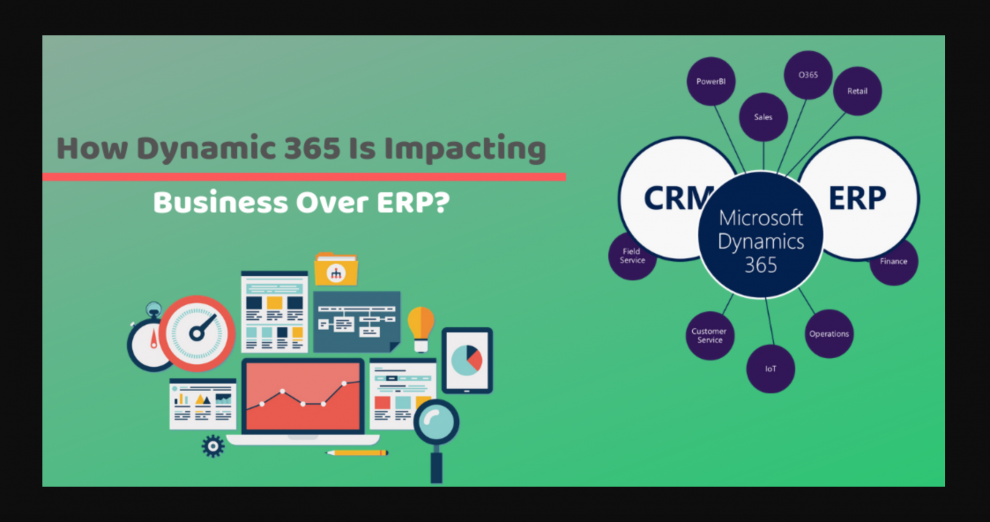 Dynamics 365 is based on independent applications, as it is now in its final form. In this way, Microsoft offers companies different ways to combine applications in an ERP system. Companies can, therefore, buy a “plan” formed with fixed applications or put together their application package.

How Dynamic 365 Is Impacting Business Over ERP?

How Dynamic 365 Is Impacting Business Over ERP? Benefits of Dynamic 365; Microsoft Dynamics 365, after a long period of development and adjustments, has been designed for large companies. It has become a solution that is completely in the cloud. It can be purchased in the form of software as a service ( Software as a service, SaaS). With this system, Microsoft highlights the combination of ERP and CRM. The company has promised integration of Dynamics 365 with Office 365 and Power BI long range. To what extent do these promises keep? What is worth considering Dynamics 365? What implementations does the new package have over previous versions?

Dynamics 365 In All Shapes And Sizes

Microsoft has been working in recent years on the design and development of an ERP that is fully located in the cloud. The company has been reviewing many versions and they have thought many names for this product, causing much confusion. At the moment it is known as Dynamics 365, but project managers still have some doubts:

Dynamics 365 is based on independent applications, as it is now in its final form. In this way, Microsoft offers companies different ways to combine applications in an ERP system. Companies can, therefore, buy a “plan” formed with fixed applications or put together their application package.

A Microsoft ERP Completely In The Cloud

In 2018, Microsoft gets on the cloud and SaaS car ( software as a service ), since Dynamics 365 can only be purchased as a cloud solution in the form of SaaS. More and more companies join the cloud, and there are fewer and fewer locally. This is due to the improvement of security measures and the increased flexibility in the cloud.

Although Microsoft has joined the cloud, that does not mean that it completely abandons customers who work locally. Microsoft says the local version of AX will continue to exist. The support for the latest version, AX 2012 R3, is scheduled to be released on January 2023. Today, companies can still choose between the different packages, both locally and in the cloud, that Microsoft has. The Dynamics 365 White Paper provides an overview of the appropriate packages for each type of company.

Before a company considers the implementation of a new ERP package, it must be sure of what added value that the system provides. Besides, the change will cause a different effect on each organization. The following Dynamics 365 innovations are the most important. In this way, companies can get a first impression on these applications.

For large companies, Microsoft presents a great integration between CRM and ERP functionalities with its new ERP system. Before, Microsoft customers had to trust that the standard connector that included the ERP package would serve as a total solution. However, this connector had many defects. Therefore, many companies had to resort to a specialized partner, since establishing a link within the system required a lot of knowledge. Microsoft has ensured a standard integration with Dynamics 365, making it easier for the partner. In this way, the program can be adapted more quickly to the specific sector of the clients.

The Common Data Model (CDM) is also known in Spanish as the common data model. It is a standard data model developed by Microsoft to ensure that the solutions are compatible and easy to integrate. It doesn’t matter what server the information comes from since the input data is also stored in certain basic formats. Thanks to the common data model, solutions and data are much easier to connect.

The common data model has as its second functionality the simplified development of own applications. Previously, the implementation partners performed a specific custom job. This was because, previously, partners had to develop complex extensions for each client. However, Microsoft has made it possible for new applications to be written with the simplest VS ( Virtual Studio Code ) code thanks to the common data model.

Another novelty is that externally developed applications are also available in AppSource for the Microsoft community. AppSource is the online point of sale of Microsoft applications.

Microsoft brings the renewal of Power BI for large companies with the common data model. Previously, NAV users were already on their way to achieving it, but now, finally, the news is also available to large companies. The business intelligence (BI) functionality is built-in each application. This functionality can perform and display (graphically) the desired analyses, depending on the data of one or more applications. For example, you can see an interactive map that shows the location of customers and income by country. Microsoft also offers the possibility of opting for the pro version of Power BI for an additional fee. This version has some extras such as exporting pages of a report to PowerPoint or analyzing with an Excel pivot table with the Power Bi data set.

Dynamics 365 offers companies that want a variety of applications based on artificial intelligence. Cortana could, with the voice command, search for ERP information independently or information on the web, but now the ERP can also suggest certain actions. For example, when an agent is close to a client with whom he has not had contact for a long time, he can suggest his phone to be able to meet him. Also, it is possible to opt for integration with intelligent hardware or software. For example, the ERP can be linked to smart glasses that allow the collection of orders augmented, or produce holograms of members attending a remote meeting or an architectural project drawn up in 3D.

Good Preparation For The Implementation Of Dynamics 365

The implementation of the Dynamics 365 services ERP does not differ much from other ERP solutions in the cloud. An implementation of only the CRM has an approximate duration of 30 days, and the time of a complete ERP can vary from 6 to 9 months. In order not to hinder and delay the implementation process, good preparation is necessary. The most important thing during this preliminary stage is to specify what data and processes need to be managed in the system. During this preliminary phase, you can take advantage to see and process the requirements, wishes and concerns of employees. The project working group takes this information into account and thus can participate in discussions and implementation with the partner.

There is not much difference between switching to Dynamics 365 from a Microsoft system of another type or another ERP. This means that the implementation time remains the same. So it is a pity that the developments that had been made to measure the system cannot be transferred to the new direction. For this, it will have to be redesigned in the form of specific Flow and PowerApps.

Looking at it from a positive perspective, this device is much simpler and faster than before. AX users might also find it interesting that they can transfer the Microsoft maintenance contract if they switch to Dynamics 365. This way, you save on additional negotiations and reduce the total cost. 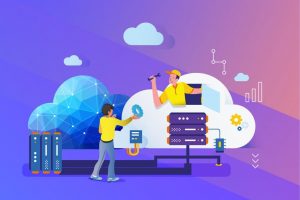 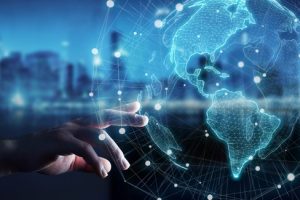 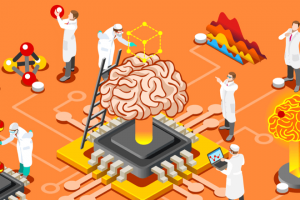