This article is regarding Crunchyroll and Crunchyroll Alternatives that you can use to Stream Anime Online. Crunchyroll is 1 of the best anime streaming services around, and it is the most famous of the bunch. But Crunchyroll is not without its faults, and sometimes you need something different to watch for a change of pace.

It provides legal anime streaming and manga that is licensed from Japanese animation studios. It offers free and paid options, depending on how much content you want to see. Crunchyroll subscription allows one to stream anime from anywhere, anyplace in the world, and download episodes they’ve missed if they cannot watch when it airs.

Where can I see anime besides Crunchyroll?

Suppose Crunchyroll is unavailable for you, or you’re looking for similar anime streaming sites that give a more niche collection of anime. In that case, you should go over the following Crunchyroll alternatives.

Note: The video streaming services mentioned here may not be available in all countries and might be accessible only through a VPN.

The First on our list of the best Crunchyroll alternatives is HIDIVE. It streams the latest Japanese anime and has a wide collection of content to choose from. HIDIVE is pretty similar to Crunchyroll in that it offers subbed and dubbed anime, but there are more exclusives than on Crunchyroll.

HIDIVE is 1 of the best places to find more mature anime, as they have a lot of 18+ titles that Crunchyroll does not stream and some gory horror series like Corpse Party. They also carry famous anime TV shows such as Fullmetal Alchemist: Brotherhood and Mob Psycho 100. You can also watch anime such as Fate/Extra Last Encore and The Girl in Twilight with subtitles or English dubs, depending on your preference.

It gives a 30 day free trial for new subscribers to test out the service. HIDIVE is an excellent service to use if you want access to more recent titles that Crunchyroll doesn’t have yet.

Hulu is a good alternative to Crunchyroll. It gives free anime streaming online with ads as well as multiple paid services. It has an impressive catalog of anime on offer from various genres, including action, romance, comedy, horror, and even ecchi. If you’re looking to binge on anime series, Hulu is perfect for you. It includes subbed and dubbed anime options, but you can customize your Hulu preferences for either. Most famous anime movies and series are available on the streaming site, but some of the more niche series might not be. Hulu has a large catalog of cult anime like Hunter X Hunter, Cowboy Bebop, Inuyasha, Fruits Basket, and Trigun for die-hard anime enthusiasts.

Like Crunchyroll, Hulu also gives a free trial for their service. This makes Hulu an excellent option if you’re looking to test out another streaming platform before committing to any. 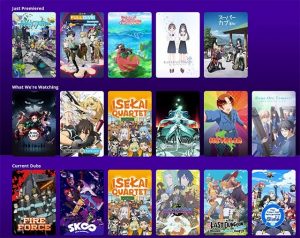 If you’re an anime fan, you may have heard of Funimation. There are multiple reasons why this service is worth checking out, including its price point and the quantity of anime content that it offers. Funimation is very famous among anime lovers in the United States, Canada, and Australia.

It has been around for years, and several people see it as an alternative to Crunchyroll because they offer many famous anime shows such as Naruto Shippuden, Fairy Tail, One Piece: Strong World & more! This suggests there should be something here for everyone’s taste in terms of genre or theme. Also, Funimation now carries some live-action TV series that can appeal to those who want something different from their usual fare on Hulu or Netflix.

Funimation highlights a robust online video streaming service with a large number of on-demand content in addition to their DVD and BluRay releases. Few other features of Funimation include “SimulDub” for simulcasting anime episodes as they’re airing, home videos from Funimation’s new dubs, and subbed & dubbed series streamed on your device at up to 1080p HD quality. This alternative to Crunchyroll also allows live streaming, TV broadcast, and free to watch shows with advertisement. The paid subscription plans offer ad free content.

The Next on our list of the best Crunchyroll Alternatives is AnimeLab. It is a great option for those living in Australia and New Zealand; nevertheless, it doesn’t provide any content to spectators outside this region. AnimeLab hosts a large variety of anime content, including current TV shows, movies, and simulcasts. It highlights a sizable amount of dubbed anime and offers subtitles for those who prefer subbed anime.

The service of AnimeLab is available for free with ads. Still, it has a premium subscription choice that removes all the annoying ads during viewing sessions and enables consumers to watch in either 720p or 1080p resolution.

It’s a popular video streaming site that has become a household name worldwide and is growing its anime content unparalleled. It has also scored big with its original anime series like Devilman Crybaby, B: The Beginning, and Castlevania, which have all received critical acclaim from spectators since their release. On Netflix, the variety of anime content is also expanding, with the service offering many of the famous anime to stream like Dragon Ball Super, My Hero Academia and Fullmetal Alchemist Brotherhood.

Netflix allows you to see anime and other content on up to four devices at a time, which suggests that your anime binge-watching can go all day without having to worry regarding anyone else in the house feeling left-out. Also, Netflix is one of the few major streaming services that support offline viewing, which means consumers can download a show to watch it later.

This Crunchyroll alternative is possible with either monthly or annual subscriptions, and it gives an ad free experience for U.S. subscribers. 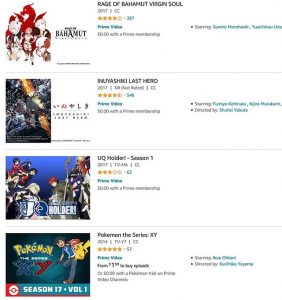 The Last on our list of the best Crunchyroll Alternatives is Amazon Prime Video. It is not the first place you think of when it comes to anime streaming, but they’ve been making many deals with anime studios lately. Amazon’s library of anime titles is increasing rapidly, so if you’re looking for new shows, this may be a great alternative service to try out. Amazon offers famous anime shows like Naruto Shippuden, Vinland Saga, One Piece, Inuyashiki, and Attack on Titan. With Amazon Prime video, you can see all the latest simulcasts and even some older titles that Crunchyroll does not offer yet, like ReLIFE.

The disadvantage of using Amazon over Crunchyroll is that they don’t give any free to stream episodes, nor do you have offline viewing choices.

The Crunchyroll alternatives listed above may not possess the same expansive list of anime titles as Crunchyroll; however, they are all worth checking out before making your last decision about which option will suit your needs best. 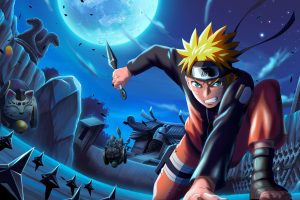 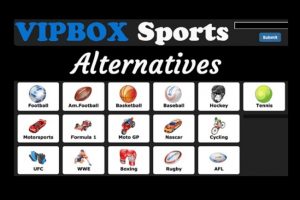