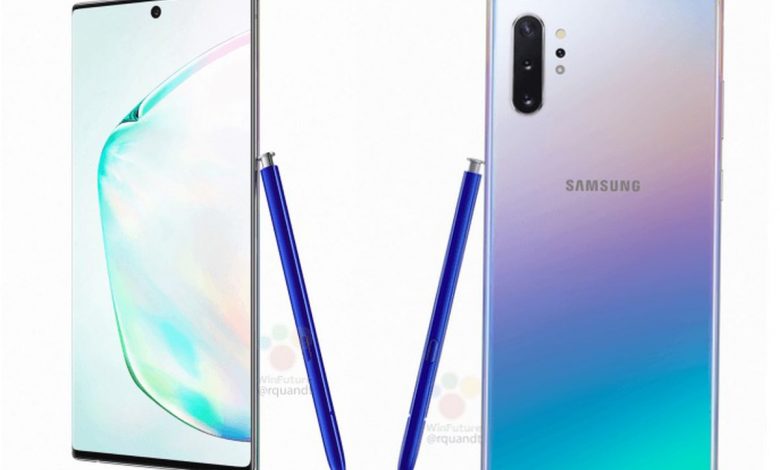 Officially launched at the Unpacked event held in New York a couple of months back, the
Samsung Galaxy Note10 brings to the table a lot of sensible features. Clad in a
sophisticated body, the flagship smartphone is a luxury that can go along with your Omega
Constellation watch.
Crafted to respond to the needs and wants of today&#39;s generation who would want to
effortlessly glide between life and work, the latest generation of the Samsung Galaxy Note
series promises to stay faithful to the design and technological philosophy of the first Galaxy
Note which was unveiled seven years ago. 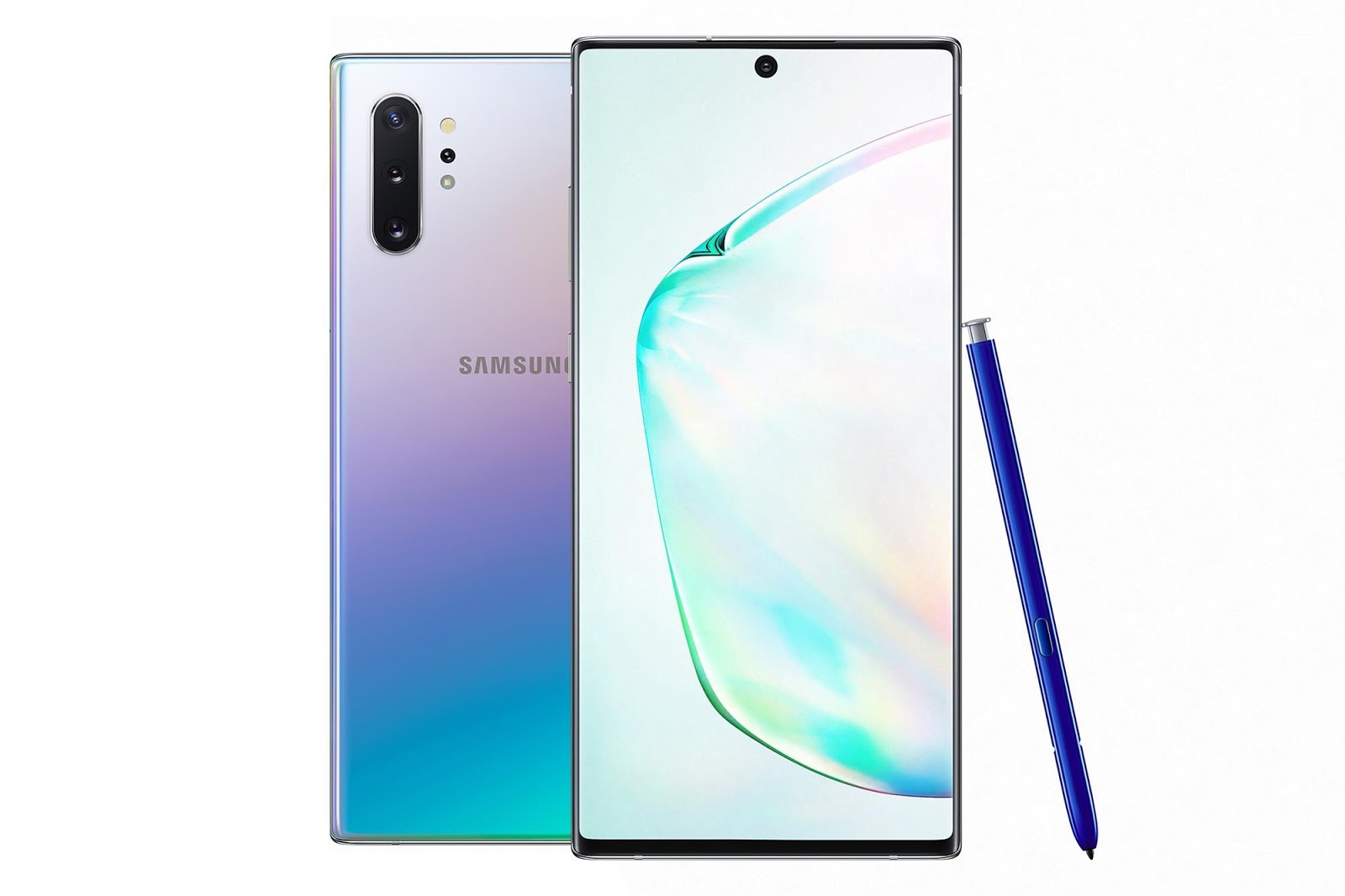 With that said, how does the new Galaxy Note10 fulfill the line&#39;s promise? Thankfully, the
device has been around for quite some time, giving us enough time to play around with it
and explore its new and improved features.
Let this article serve as a guide for the new owners and those who are planning to buy the
flagship smartphone in the coming months. But before we proceed, let us take a quick look
at the specifications of the Samsung Galaxy Note10 series. 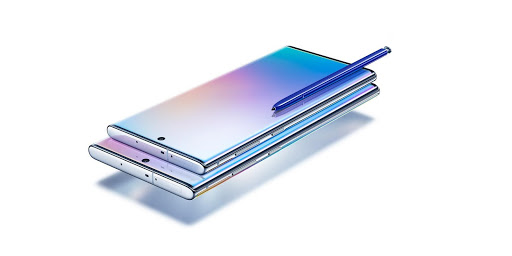 The Galaxy Note 10 series takes advantage of a 7nm 64-bit octa-core processor which
comes in two flavors depending on the region.
The Galaxy Note 10 variants sold in Canada, China, Hong Kong, Japan, Latin America, and
the United States come with a Qualcomm Snapdragon 855 chip. The rest of the globe gets a
Samsung Exynos 9 Series 9825.
In terms of memory and built-in storage, the standard Galaxy Note10 model has 8GB RAM
and 256GB ROM. Complementing its size, the bigger Galaxy Note10+ also comes with
larger memory+storage capacity combinations: 12GB RAM+256GB ROM and 12GB
RAM+512GB ROM.
Out of the box, all Galaxy Note10 versions run on Android 9.0 (Pie) OS.

Features in this area such as Super Fast Charging, wireless charging, and Wireless
PowerShare are all supported with the new Galaxy Note10 series. Inside, the standard
Galaxy Note10 carries a 3500mAh battery, while the Galaxy Note10+ has a 4300mAh
module.

Considering the above-average set of specifications that the Samsung Galaxy Note10 series
has, it is simply worthy that the new flagship is complemented with features that maximize its
hardware and software enhancements. For new owners and soon-to-be owners of the
Galaxy Note10, here are the ten things that you should know.

The Magic is in the (S Pen) Air

With the new Galaxy Note10 series, the S Pen Air, the lineup&#39;s signature accessory has
become a &#39;magic wand&#39; made to control your device. Depending on your preference, you
can customize and specify the functions that you would like to trigger with the S Pen Air.
For example, encircling a detail using the S Pen while on the Camera app, by default,
triggers the camera to zoom into the frame. You can assign to such a gesture other functions
such as camera mode change, rear-to-front camera switch, or zoom out. 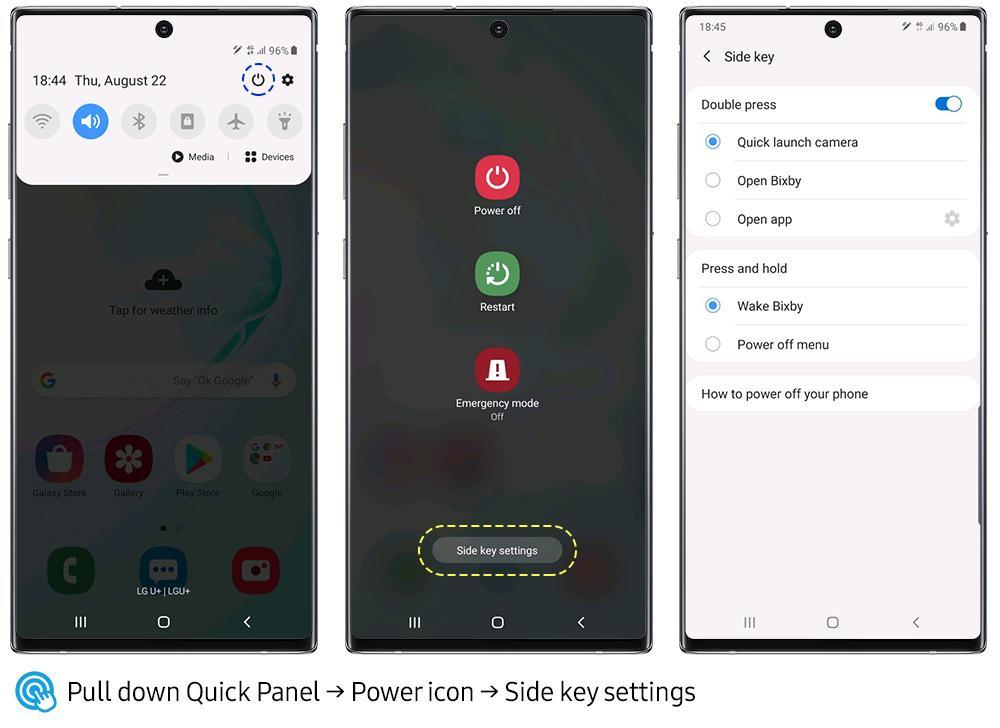 Side Key is Your Sidekick 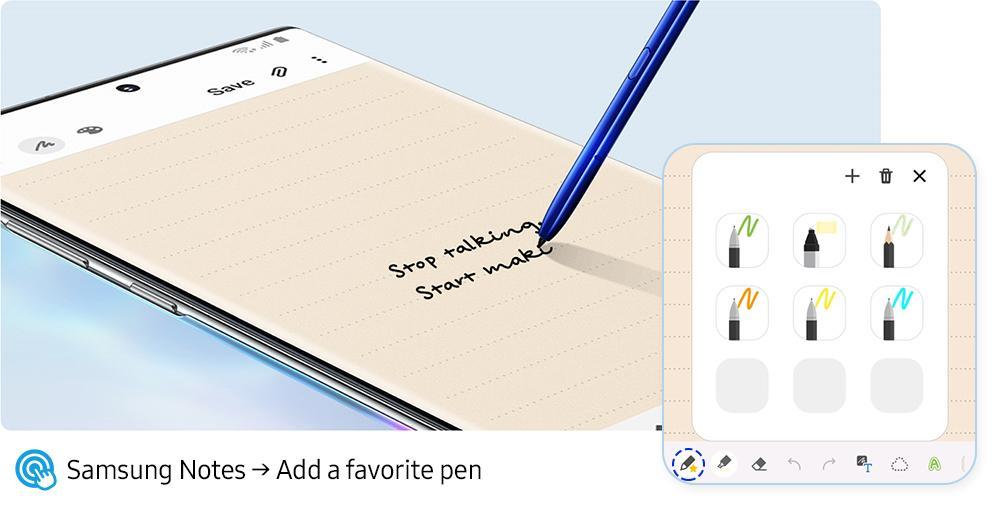 Select and Save Pens

Simply open Samsung Notes, tap the scribble icon at the top, and you will see a pen with a
golden star located at the bottom left corner of the screen. Tapping that launches a tab that
can store up to nine pens of different thicknesses and shades.
The tab makes it easy for you to pick and save the right pen for the job. The next time you
pull up the S Pen to compose a note, simply press its button to switch to another virtual pen.

Samsung Galaxy Note10&#39;s new Screen recorder feature allows users to not only record
what&#39;s on the screen but also do a picture-in-picture in a way that vloggers and gamers can
add reactions to their videos.
To do this, simply pull down the Quick Panel then tap on the Screen recorder icon. Once the
recording goes on, enable real-time S Pen annotation through the icons on the top right
corner and activate the front camera to launch the picture-in-picture feature. You will also
have options to customize your picture-in-picture&#39;s audio. You may: record without sound,
record with media sound, and record with mic and media sound. 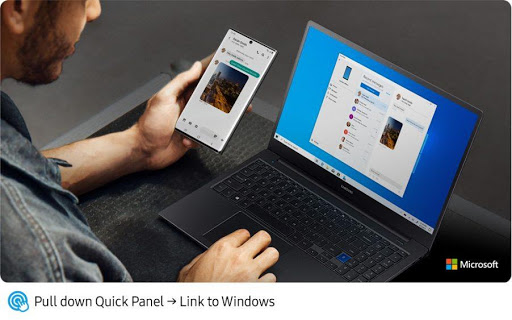 It is now easy to connect your Galaxy Note10 to your Windows 10 PC. The Link to Windows
feature can be activated through the Quick Panel or Settings &gt; Advanced features. Once
you log on to your Microsoft account, the Galaxy Note10 auto links to your PC. With the Link
to Windows feature, you can mirror your Galaxy Note10&#39;s screen, send and receive
messages, and view notifications and photos straight to your PC. 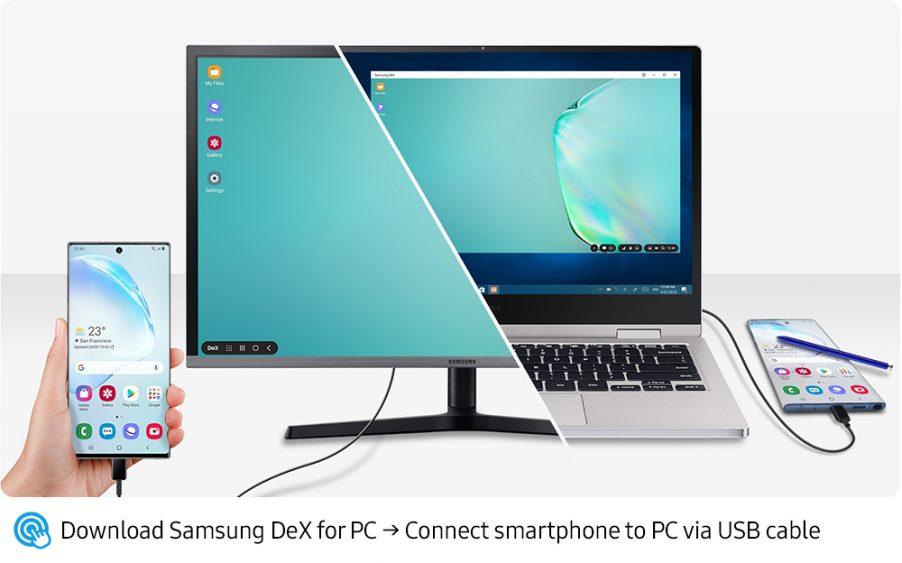 Samsung DeX for Mac and Windows 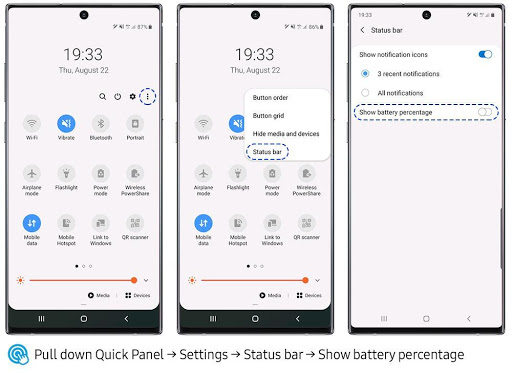 Thanks to artificial intelligence (AI). The Galaxy Note10 uses it to optimize battery
consumption based on how you use your device. Managing battery optimization is simple.
Go to Settings &gt; Device Care &gt; Battery &gt; Power Mode. There, you will find different power
modes for adjusting phone performance and extending battery life. You may also choose
&#39;Adaptive Power Saving&#39; and let the Galaxy Note10&#39;s AI optimize its battery usage on its
own. 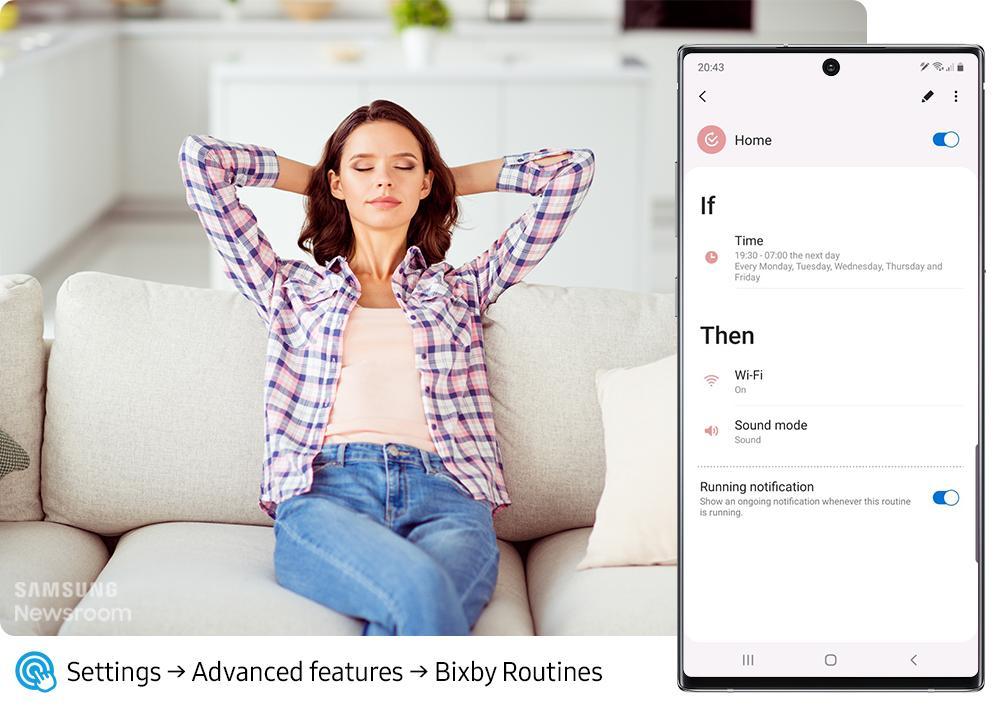 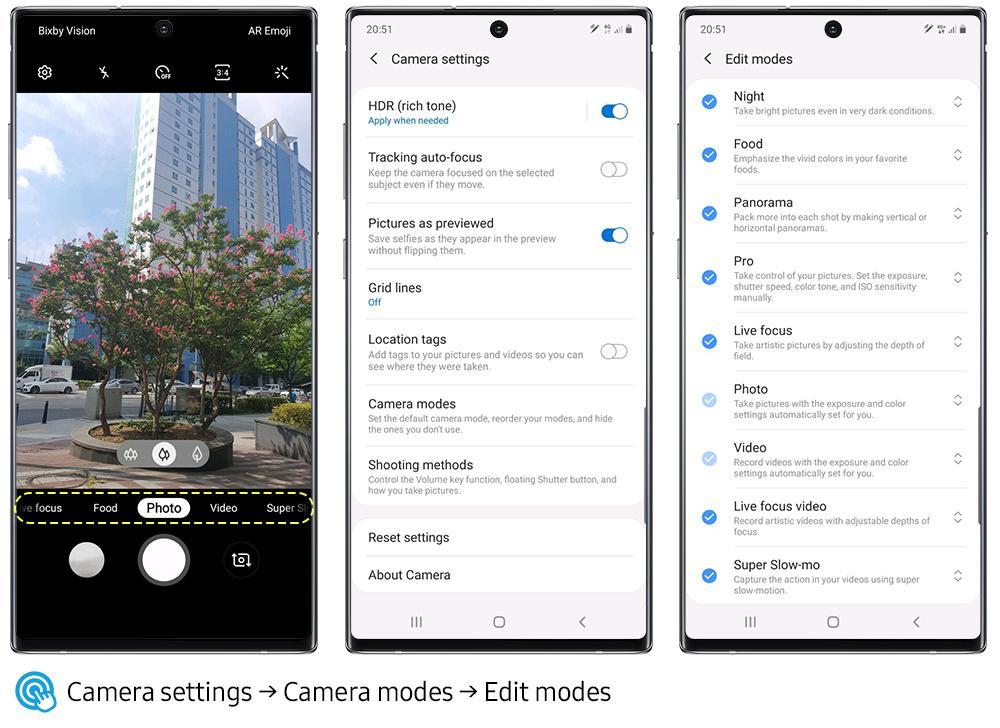 As photography requires speed so you wouldn&#39;t miss a moment, the Galaxy Note10 lets you
rearrange the order of its camera modes and prioritize the options that you frequently use.
By default, the camera launches on photo mode. Then, you can designate the order of the
camera modes to the left and right. For example, if you are a foodie and you like taking
photos of food, assign Food mode as a priority. 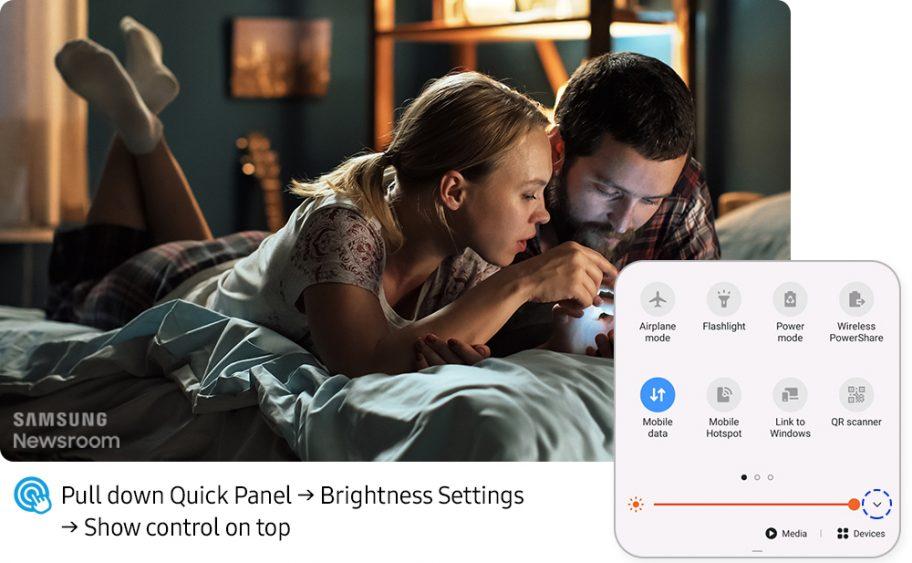 To access and adjust Galaxy Note10&#39;s screen brightness, simply wipe down on the Quick
Panel, tap the arrow to the right of the brightness control, and tap &#39;Show control on top&#39;.
Display settings also include an &#39;Adaptive Brightness&#39; feature that automatically adjusts
brightness depending on lighting conditions. 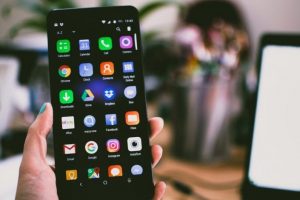 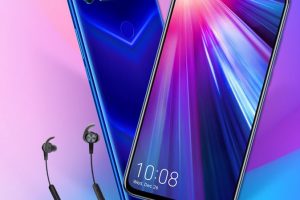 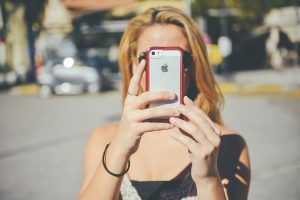 Some Techniques To Make Eye-Catching Visuals In Web Design

What Does Rem Stands For On A Amp

Things to Consider Before You Decide on a Cable TV Service